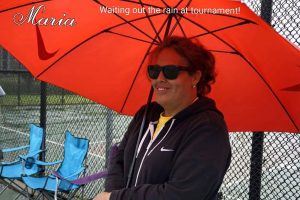 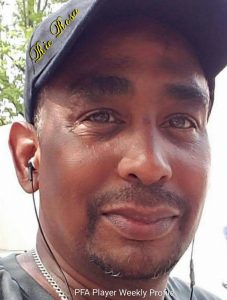 Nickname Ric/Spike/Lefty, is 55 years old. He has been playing paddleball for 27 years. He started playing in Coney Island, Sea Side courts on West 5th  St. He is a tough left handed player with a very good right hand.  His favorite player is Robert Sostre. When ask what he thinks about the sport of paddleball his response was “The sport of paddleball is great for exercise, it’s like playing chess you got to be 2 and 3 moved ahead of your opponents. It’s a sport where all people, race, gender, age can come together and play their hearts out.” He feels that in order to grow the sport the city outdoor courts need to be repaired and new ones built. His advice to his paddleball peers is “ to be competitive but don’t take it so serious, have consideration for your partner and opponent.”