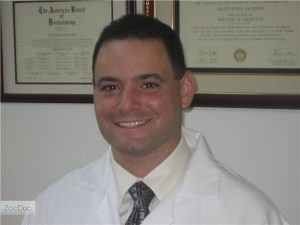 OK, let’s get you thinking. Who is the best father and son paddleball team in history? Wait, we must be politically correct. Who is the best parent and child team? Although I’ve been around the game for over 50 years, I admit I’ve not seen many such teams, but I’ll cast my vote anyway. Not counting Peter and Hank Grassi from my blog “The Incredible Day Howie Hammer and John Bruschi Met their Match,” Barry and Keith Jackson are by far the best. Barry Jackson is a Staten Island paddleball legend, one of the top Island players from the 70s through to the early 2000s. Keith is one of the elite big and small ball players in the game today and probably the best player ever to come out of Staten Island.

Barry introduced his son to the game at the tender age of five and by ten Keith was playing in the “men’s” games. As Barry nurtured him, Keith’s game improved by leaps and bounds through his teenage years, and they rose to become one of the most formidable teams on the Island. They almost always did well in tournaments, even off-Island. As is often the case with teams joined by blood or marriage, they were often very vocal with each other between points, but they meshed beautifully together during play. Once he got his driver’s license, Keith was off to new competition, mainly in Coney Island, but he remained a frequent partner of his Dad.

Keith’s game is highlighted by his deceptive power, which he unleashes with a compact swing, driving the ball with unexpected velocity. He is a multi-tooled player, with a large variety of shots, his favorite is to the right corner, which he can angle, kill or drop. He has excellent anticipation, is terrific defensively and his left hand is outstanding. I’ve seen him play since his teenage years and the most significant improvement is his mental toughness. In those early years, he could be beaten by him beating himself. But that is over and done. He now is not fazed by level of competition or the pressure of tournament play. Over the years, Keith has had several regular partners besides his Dad, among them Glen Winokur, Godfrey Brown, Troy Varsik, Greg Scarlatta and Adam Brodsky.

Keith still calls Staten Island his paddleball home where small ball is the game. He also plays occasionally at Clifton and he gets his big ball games at Bay 8th and Coney Island. Overall, he tries to play twice a week. Now in his mid forties, Keith is playing close to his peak, which actually is quite remarkable. His career has been marred by many injuries which have kept him off the courts for long chunks of time. He has had surgeries to his right shoulder (twice), left shoulder, left knee (twice), two back surgeries, and throw in carpal tunnel surgeries to both hands. That adds up to nine! He is now finally healthy and let’s hope it’s nine and done!

For those unaware of what Keith does in his spare time, he is a Doctor, actually a Dermatologist. For the past 14 years he has had a successful practice on Staten Island (trust me, the waiting room is always packed). Most of you also know that he was part of the three person team that saved the life of fellow paddleball player Tony Cascella when he was felled by sudden cardiac arrest two years ago. He also has quite a large family with 5 kids, ages 17 (twins), 15, 10 and 8. One of the twins, Shawn, a high school senior, is the top public school tennis player in NYC and has won a partial scholarship to Hofstra. Of course his proud father attends most of his matches. Keith is also a tennis player, plays racquetball and most recently has taken up pickleball.

We asked Keith for his take on the sport of paddleball and where it’s at today. He is concerned that there is a great deal of room for improvement in the overall behavior, particularly at tournaments and he feels that it is imperative that this happens for the sport to flourish. This is a belief held by many, and let’s hope that the present ongoing efforts being made by the outstanding paddleball leaders, as well as the paddleball community, reverse this blemish. 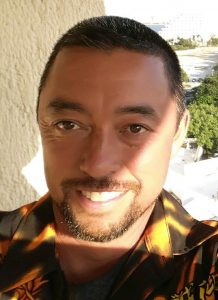 He’s one of the best players ever from Long Island – one of the 10 best small ball competitors in the game today. Mark Villarico has all the tools. He has great power and is exceedingly fast with his hands, using strong forearms and wrists to “snap” his shots. He is able to dominate the court using excellent footwork to position himself to mount his offense, especially off the return of serve. Mark has all the shots: killers, spikes, a devastating low well-placed serve, steady left hand and he is a winner. But who is he really? He is also low key, humble and most of the paddleball community doesn’t know much about Mark’s background. Also, I’m sure very few, if any, know something very, very remarkable about Mark’s late mother, but this profile is about Mark and paddleball, so you’ll have to wait.

Mark actually started out playing tennis in Newbridge Park in Bellmore and he couldn’t help but notice the adjacent competitive paddleball action. He just had to be part of it! He started playing the game at age 15 at Newbridge and continued until he was 17. A little historical note: Newbridge Park was the original mecca of paddleball back in the late 60s and early 70s (before Mark’s time), where the first successful paddleball organization, the American Paddleball Association (APA), originated. All of the early big tournaments were under the auspices of the APA. Getting back to Mark, he started playing paddleball really seriously when he was 25, traveling to many parks throughout Long Island, Queens and the Bronx. He had the good fortune to learn from some of the best players: Richie Miller, Anthony Fiorino, Donnie Ciaffone and Hoppy.

Mark’s game continued to develop and by the late 90s, he was among the best players. In 1998 he soured on tournament play and took a five year hiatus from competitive paddleball, after which he re-emerged once again as a serious player and his game continued to ascend. He has been playing at his present high level for approximately 6 years. Mark works hard to hone his skills. He exercises regularly to stay in paddleball shape, plays at least twice a week, eats well and he feels that his game is still improving. One of the factors that keeps him going is his desire to help the sport to flourish. He has great respect for the people who are leading the drive to accomplish this like Mike and all the hard work he puts in, including the kids clinics, as well as Jay and Charlene. He especially values the efforts to maintain professionalism, especially in tournaments.

Mark’s very early years were spent nomadically living in many countries, including several years in Italy, where he learned to speak fluent Italian. He eventually came back to the United States, settling in Queens, then Long Island. He is married, has 3 kids, ages 25, 13 and 8. Mark has been a successful home improvement contractor for 22 years. He also plays tennis, volleyball, baseball, softball, he mountain bikes and is an avid paintballer.

OK, what’s so astonishing about Mark’s mother? Well, in her youth, she lived for a time in Beverly Hills and one day she hid in the garage of the King of Rock ‘n’ Roll. Yes, that’s none other that Elvis! And they hit it off!! They dated for several years!!! In Elvis’ later years, they even reconnected. All I can say is WOW!!!!