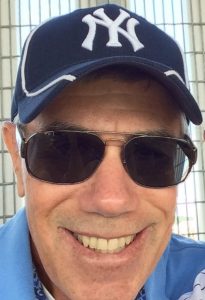 Brian is a left handed player that has been playing paddleball off and on since the late 70’s. He is a very humble and liked by the paddleball community. He has been working with NYC for the past 32 years. He also has been a volunteer for the past 6 years with NYC Office of Emergency Management Community Emergency Response Team(CERT). Like many of his paddleball peers he picked up the game quickly because he transitioned from handball to paddleball. He started playing paddleball on 134th Street at St. Nicholas Park in Manhattan. He then took his game to 135th street by Harlem Hospital in search of tougher competition. As his game improved he once again moved on to Lenox Avenue and 113th street in search of tougher competition. Currently his home outdoor park is Sayers and Juniper park and Zerega in the winter. He normally plays twice a week, Saturday & Sunday. In the summer he travels with his friends and fellow paddleball players Alex Cherry and Marian Quinn around the Tri-State area in search of tough competition and meet new friends. His favorite paddleball shot is the spike. He does not have a favorite player. However, he does watch and pay attention to a lot of players/games to learn and possibly incorporate a shot or a particular strategy. He loves paddleball, he said “it’s a great way to keep active, better your health (my doctor is always surprised at my heart rate) and you meet great people when you travel to different parks.”

I asked him what he thinks is needed to grow the sport? His response,  “It’s great that the Paddle Family Alliance is actively engaging kids, you may want to reach out and convert current handball players”. His advice to his paddleball peers is “Just to have fun, respect each other and the calls that are being made and let your play decide the game”. He believes there is “Nothing to change about a sport that is great to play with other players who are inclusive of others no matter the skill level.” 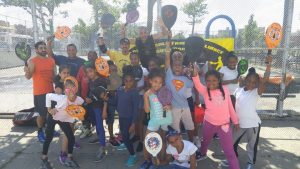 If you, or someone you know ,is interested in having their kids attend the clinics send email to Paddleball.family@gmail.com or call Mike Melendez at 917-306-0542

We are all set to kick off the first session of our Referees & Line-Person workshop. The workshop will take place at Colucci park in the Bronx on August 6, 2017 from 11:00 AM to 1:00 PM. Refreshment will be served for the participants in the workshop. At this time 12 individuals have registered for the workshop. If you are interested and can make it please submit your request via the website blog’ comment.

Reminder,  the objectives of the workshop is to make sure we all read the PFA’s paddleball rules version and interpret them correctly and spread the word across the paddleball community. More important, make us all better Head Referees & Lines-Person and help us improve the quality of tournament officiating!

A large number of paddleball players do not like to travel to other parks throughout the Tri-State area. For many there are legit reasons why they cannot travel, physical limitation, financially, family, too far, just to mention a few. Personally, I live in New Jersey and any travel to anywhere in NY is at least 100 miles round trip. So, I carefully plan my trips to NY and make sure paddleball games are included in my trips. I cannot travel to NY more than twice a week. If I could I would LOVE to visit different parks at least 3 times a week.

I’ve noticed a number of teams have dropped off the upcoming tournament scheduled for July 22 at Van Cortlandt Park in the Bronx. Originally this tournament was to take place across the Tri-State Area at different locations and the number of teams registered in advanced was significant in a short period of time. Now that the tournament format has changed due to the lack of participants in some of the boroughs, a number of teams have dropped off. As I said above, in some cases there are solid reasons why people cannot travel and that is fully understood. But in many cases is just that people do not want to travel because they feel more comfortable playing in their local parks.

In my opinion, it is critical  we(paddleball players) travel across the Tri-State Area to showcase our talents and support our tournaments. The handball community does a heck of a job in this area and I believe this is one of the reasons they are growing so fast. We, Paddleball players, need to do more of this. There are more pros than cons in doing this. Four important PROs, just to mention a few, when we travel to support the sport are:

Your thoughts?  – Please lets use our energy on the POSITIVES thoughts instead of the negatives.