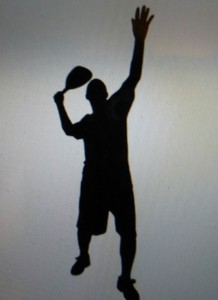 As communicated in my earlier Post, below is the PFA players ranking criteria. These are not perfect but we have to get started with something and build on it. We shared our criteria with some of the paddleball directors in the game and they agreed with it. As I mentioned on my previous post, our number one goal is to put in place a process that is fair to EVERYONE and helps us organize the sport and move it forward. Again, this criteria we have adapted is not meant to be Paddleball Global Ranking System. But we hope with tournament directors, and others, constructive input it can become the official Paddleball ranking system. The criteria applies to both SMALL & BIG BALL. The ‘A’ list below is only for SMALL ball. We will be publishing the Big ball ‘A’ list next week.

Out of respect for the hard work and dedication that it takes to become an “A” player, the PFA’s position will be that once a player attains an “A” ranking, they will keep that ranking. However, we recognize that skill levels may decline and want to afford players a chance to compete against fair competition when possible. For that reason, we are adopting the following rule with respect to “A” player rankings.

Players ‘B’ to ‘A’ criteria – Any combination of the below will automatically earn a player an A ranking.

Tournament seeding will be based on calendar year results

Small Ball ‘A’ Players Ranking below(List will b adjusted as more players are identified, I’m sure I missed players that should be included):