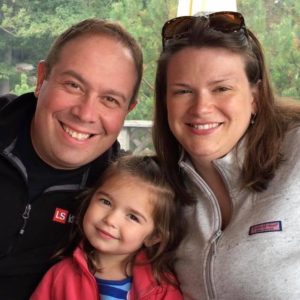 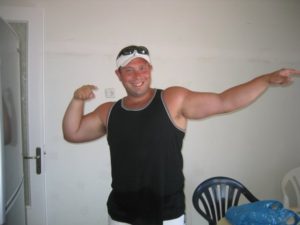 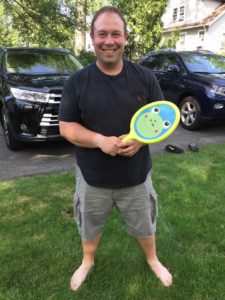 When I write my paddleball profiles, a list of questions is sent to the subject that elicits some basic information. Then I usually reach out via interview, hoping to draw some interesting tidbits. Well, for Jimmy Kandylas we got literally an autobiography, a 51/2 page, 9.5-point font, single-spaced document. This was actually not a surprise, considering the length of some of his postings in the Facebook PFA group. I told Mike, let’s just publish it as-is. Mike said, “No way! We’ll do it like all the others.” Yes Sir, here goes:

Actually, the length and content of Jimmy’s “autobiography” is an indicator of how seriously he takes the game and the true lover of paddleball that he is. He has given a great deal of thought to what makes the game tick and what needs to be done to keep it growing. The one thing he did not mention, however, is his benevolence to the sport. He is one of the greatest contributors to the game, both in terms of financial assistance and dedication of his own time and effort. Jimmy is an attorney and was instrumental in making the PFA a legitimate non-profit organization. He has also provided pro-bono legal assistance to Mike on numerous occasions. Plus, not only for the PFA, but for other organizations as well, he has made cash donations, provided food for tournaments, shirts for kids and helped out at tournaments.

Jimmy has been playing paddleball for 25 years, with a 7-8 year layoff, having resumed regular playing in 2017. His paddleball history starts and continues to this day at Bay 8th Street. As a child, his Dad, a paddleball player himself, took him to the park and by the time he was 16, he was playing seriously. Jimmy reflects now that having his parents close by was actually a negative in the development of his game because of the pressure he felt to impress them. Bay 8th Park shines through as the focal point in Jimmy’s paddleball life. It’s where he learned the game, hung out and made great friends. Even though he has lived in New Jersey for some time, he still comes back to play once or twice a week to what he calls the “Mecca” of big-ball paddleball.

Jimmy is a big guy with a strong offensive game, always on the attack, and has deceptive quickness. Refreshingly, he is quite self-deprecating in assessing his game. He considers power to be his greatest asset, almost to a fault. He says he often tries to just blast it when he is in trouble, but “unfortunately that doesn’t work too well against better competition.” He is a right handed, primarily right side player and his favorite shot is the spike to the right corner, which he says if the opportunity is there, “I’m taking it!” He regrets that if he doesn’t hit it quite right, he usually “eats it,” especially when playing against people familiar with his game. Jimmy has a long list of Bay 8th Streeters and other paddleball players from whom he has benefited from playing with and watching. Among them, Bobby Fiorentino, Bay Liu, Vito DiSpigna, Jimmy Hoe, Anthony Russo, Gene Grilli, Glen Winokur, Keith Jackson, Mike Dembin, Mitch Goldberg, Paul Angel and Dave Blatt.

While many people in the paddleball community have expressed pessimism on the future of the game, Jimmy optimistically sees its resurgence. He cites the invasion of top young players, including Danny Fraschilla, Megan Flash, Julio Blanco, Mike Bergida, Joey Liota, Brian Romero, Ryan Lopez, Melissa Sky and Dave Blatt. He looks at the paddleball calendar and sees the summer months filled every weekend with a tournament, a PowPow or other organized get-together. But of course he knows there must be a concerted effort to have the sport grow and has some solid theories on how to best accomplish it. First, we need to balance the emphasis on competition via sponsored money-prize tournaments versus the recreational aspect of the game, making the game as much fun as it possibly can be. “I think balancing competition with community is the surefire path to success.” Also, he believes that there is a wealth of people in other sports to draw from: persons playing similar sports like handball, racquetball and tennis, as well as athletes who are “aging out” of their organized competitive sports like baseball, hockey and football. He sees pickleball as a model of how to accomplish this in that its leaders have done a great job of converting players from other sports.

What about Jimmy’s life outside of his paddleball world? Go to his Facebook page and read it for five minutes and you know what is Number One: Family. He posts incessantly about his beautiful four-year old daughter Kalli, with wonderful anecdotes and photos. The story of her telling him that she wants to have a baby is priceless. He was actually motivated to learn to cook for Kalli and has become quite accomplished, including his favorite: orange flavored French toast on Challah bread. Ironically, she won’t touch it, opting instead for her Cheerios! Jimmy is also a former powerlifter; he is into science fiction and super heroes and “any other geeky thing you can imagine.” And, he is a pizza lover. “I could eat pizza all day, every day.”

Back to paddleball, Jimmy recognizes that one of the problems that the ongoing effort to grow the sport needs to overcome is getting people on the same page in moving ahead and not criticizing those who are innovating or putting forward new ideas. His message is that we are all on this boat together and it is a small boat. We should all work together and pull in the same direction. “We have so many great people involved… if we were able to just keep focusing on having fun days and growing the paddleball community in a positive direction, the sport will do really well in the near future.”

Jimmy is grateful that his paddleball community has been good to him. He loves that when he came back to the game last year, he was welcomed like he never left. Plus, he has made lots of new friends and “that means the world to me. Thank you all!” Jimmy, the paddleball community thanks you too! Now, next time please keep it down to a couple of pages (double spaced, 12-point font)!