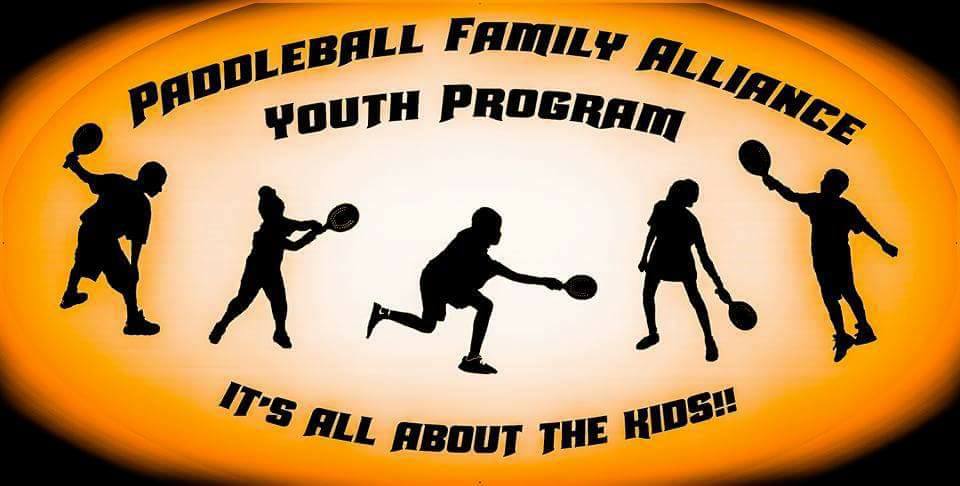 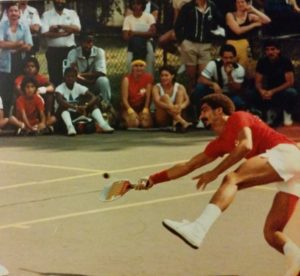 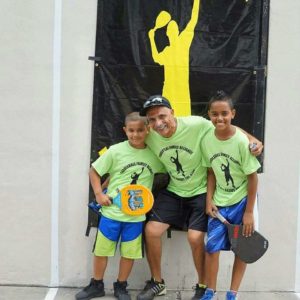 The Paddleball Family Alliance has inducted two greats into its Hall of Fame: Howie Hammer and John Bruschi. Everyone will agree that both are well deserving of this honor, but who should be next? You could make a case for several legends, but there is one player who must get major consideration because he actually qualifies twice! Mike I and Mike II. The paddleball world is well aware of Mike II, who is a present day top doubles player and the most significant contributor to the game since Mr. Paddleball, Howie Hammer. Without Mike’s tireless work during the past five years, the sport likely would have continued its downward spiral, but instead it is in the midst of a remarkable rebirth. But it occurred to me that some of today’s players may not be totally familiar with Mike I, who played in the golden age of paddleball and is the most dominant singles player ever.

Mike Melendez was born in the Dominican Republic and came to the United States at the age of fourteen, settling in the Bronx. He started out playing handball at Ogden Park and eventually transitioned to paddleball. One day a short time later, on his way to a Yankee game at the Stadium, as he passed the adjacent paddleball courts, Mike noticed a large crowd was gathered. They happened to be watching a paddleball tournament finals match and he stopped by to take a look. For the first time, he observed what paddleball played at a high level was like and loving what he saw, he immediately decided this is where he had to be. So Mike went back to Ogden and doing what he does best, he put in hours and hours of practice time. When he felt he was ready to move up to a higher level, he went back to the Stadium, but much to his chagrin, he was frozen out of the good games by the cliquish players. This fueled his desire to succeed even more and he persisted of course, and in a short time, he made it into the “A” game and eventually took great glee when he beat them all!

Throughout his life, he has had an intense desire for excellence and to strive for success. It is obvious that to him the only way to achieve his goal is through hard work and dedication. He didn’t get to be a great player with only his natural talent. Why singles? He now says that he gravitated to the singles game because he was in control of the court, not relying on a partner, and unlike present day, singles was big-time back then. He also loved (and still does) to practice his game without a partner. His training regimen is legendary, spending long hours perfecting his repertoire of shots. Back in his heyday, he would play or practice five hours a day, every day. Realizing that the angle serve was a great weapon in singles, Mike would place a can of soda in the corner by the short line, aimed for it with serve after serve, and actually hit it often. It also helped that he was a tennis fan and the great singles player Bjorn Borg was his sports idol. Mike Melendez went on to dominate the singles game during paddleball’s golden age, highlighted by winning six of seven Budweiser singles titles from 1980 to 86.

What type of player is Mike Melendez? He was (and is) a very offensive player, relentlessly attacking the ball using great angle shots and jams to put his opponent on the defensive, setting up his deadly put-away kill shots. But he is also a complete player who enjoys playing defensively. His motto is “Play the ball, do not let the ball play you.” Back in the 80s, Mike played paddleball with all his heart and soul, his life centered around the game, feeling that it would become his career. With the half million or so players in the tri-state area, major sponsorship in site, Mike says that he truly believed that paddleball was about to propel to a national game and become the next major sport. But, sadly, this was not to be.

In 1987 Mike took a “brief” 25 year hiatus. He took up a new sport: marathon running. As we all know, distance running requires intense training and Mike was surely not adverse to that. He ran ten marathons, finished them all, achieving a best time of 3:11. He also took up tennis, and became a “pretty good” player (his words). I bet he’s better than pretty good.

How did Mike II come to be? In 2012, he happened to stop by Van Cortlandt Park and watched some paddleball, and as he says, “a fire ignited inside me.” Also, he had become plagued by an ailing knee and had come to realize that covering a large tennis court was not the greatest idea. So Mike decided it was time for his paddleball comeback. Now living in New Jersey he, of course, practiced and practiced by himself near his home and when he felt he was ready, he returned to the game. Now a part of paddleball again, Mike took a step back and didn’t like everything he saw. Most of the players at the courts were playing racquetball, not paddleball. But the worst was that everyone was old! Where were the young adults and the kids? It’s great that older people played paddleball, but Mike knew the game would die out if there was not a big infusion of youth. And then it hit him: Paddleball was a great sport back in the 70s and 80s, but the key to its decline was that we forgot to invest in the youth! Mike was determined that we don’t make that mistake again!

In 2013, with the same dedication and hard work that defined Mike’s youth, he formed the Paddleball Family Alliance and it became a great vehicle to promote the game, attract players back to paddleball and most importantly get the youth to take up the game and stick with it. From the start, he knew that he would need lots of help along the way and turned to his trusted paddleball friends like Hoppy, Mitch, Kathy and Ray S. and they did not let him down. As the rolling snowball grew, many others have volunteered their time to further the cause. Knowing that money would be paramount to getting things done, he set up the PFA as a legitimate non-profit organization, which facilitated the recruitment of business sponsorship as well as individual donations. And indeed there has been strong financial support. Obviously, communication was key. He formed the Facebook group and web-site and used other social media outlets that became important in spreading the word. In order for paddleball people to get to know each other better (as in Paddleball Family), Mike organized get-togethers of players across the tri-state area (PowPows) and fostered the paddleball profile program. He addressed the thorny issue of inappropriate behavior on the court with a new Code of Conduct and made sure the PFA held the players accountable. Knowing there were still gaps and ambiguities in the rules, Mike organized the update of the rulebook and continues to communicate it. Mike always felt tournament competition was one of the keys to growing the game and the PFA has sponsored many successful tournaments. But, unquestionably the cornerstone of the PFA is the youth program: the successful kids clinics, the kids exhibitions at tournaments, and in the pipeline, the introduction of paddleball into the NYC high school system. And don’t forget the PFA slogan: “It’s all about the kids!” Speaking to Mike now about children in paddleball, it’s obvious where his passion is. He just loves teaching and helping kids improve their lives through paddleball. Even if there was no paddleball, Mike would for sure be involved in youth programs and teaching.

What about Mike Melendez, the person? He is a proud family man, with his beautiful wife, Maggie, three grown-up children and three grandchildren. He says he’s retired, for now… What does that mean? In the past, he has played many other sports besides paddleball, tennis and running marathons, including baseball, basketball, bowling and speed skating. But now, it’s pretty much paddleball, which he now plays twice a week. He’s also a celebrity. During the era of his singles dominance, Mike starred in a Budweiser commercial. No, he was not guzzling a brew, he was playing paddleball! Unfortunately, as much as we’d like to see it, Mike says it’s unavailable. But he can tell us all about it and how it almost never came to be.

What does Mike feel is most important for the sport to continue its upward spiral? It’s addressing the most significant factors in paddleball’s downfall after the 1980s. First, people must get involved by volunteering their time in one way or another in mentoring the kids and keeping them interested. Secondly, it’s setting the example of good sportsmanship and to support the efforts to make it part and parcel of the sport. Also we have to accept that the big-ball game has emerged and has overtaken the traditional small-ball. Though Mike loves the speed of small-ball, the big ball is easier to control and the game is more spectator-friendly because the rallies are longer. But at the end of the day, “It’s all about paddleball!”

Mike Melendez has become paddleball’s leader and inspiration. He has this message to everyone involved in the game today: “I want to thank all of my peers that are volunteering their time and energy in promoting our beloved sport of paddleball. Together we can do it. The future of paddleball is looking great!” Mike Melendez, You Got Next!