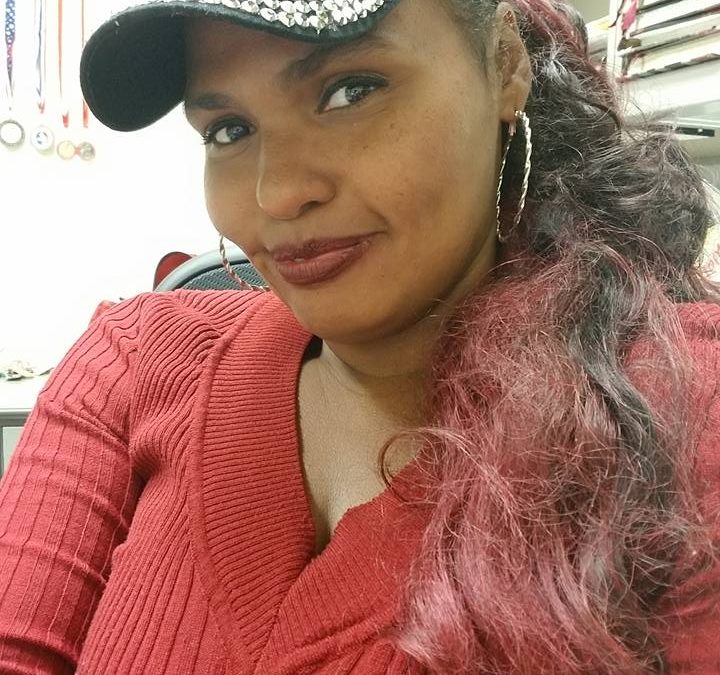 She burst on the paddleball scene just a few years ago and has certainly made a big impact. Now one of the best women players in the big blue game, Jasmine Suarez was a top racquetball player for 20 years before the paddleball bug overtook her. But her mark on the sport is felt more in her outspoken leadership in furthering the cause of the women’s game. In fact, she says the impetus for drawing her to paddleball was her desire to support female athleticism when she became aware of all the small ball events that Charlene Gilio was organizing. She has recently been in the “news” for hosting a successful small ball charity tournament at the McBurney YMCA in Manhattan and for placing second in the PFA big blue mixed-doubles tournament at Zerega Indoors in April.

Jasmine started playing wall sports during her youth in Brooklyn with handball at Bath Beach Park, eventually turning to racquetball at Lincoln Terrace Park. She really excels in racquetball and it remains her favorite. In paddleball, which she started about three years ago, Jasmine is known as a very smart strategic left-handed player with excellent anticipation and deceptive quickness. Power is not a key ingredient of her game, but defense and placement certainly are trademarks. Her signature shot is the backhand drop in front of her, which she jokes is her “butt shot” because she sticks her behind out while executing it. Jasmine plays big blue paddleball three days a week, traveling to different parks across the NYC area, but considers the McBurney “Y” her home, though Central Park is her favorite venue.

Clearly, when it comes to passion for sports, Jasmine’s number one priority is furthering the women’s movement for equality. But she is practical in her vision. While she would love to see women receive the same prizes for tournament victories as men, she understands this would not be fair if there are twice as many men’s entries as women’s, as is often the case. So her goal is to promote the participation of women to the point where they equal the men’s, so the prizes are justifiably equal. In that vein, she says the most exciting division is mixed-doubles, “where men and women all come together.” No surprise, since there must be an equal number of women and men (LOL)!

Jasmine’s passion extends beyond the women’s movement to the growth and survival of the paddleball game. She feels the number one priority is getting the youth into the fold. Bringing the game into the high schools would be great and “we need champions that are in their twenties to keep the game alive for the next generation.” She is also a proponent of a ranking system, which would allow a beginner to gain experience and move up. And she would love to see more mutual respect among tournament directors and the players by having an active forum in which all get the opportunity to voice their concerns and make suggestions. She also feels that in order for the game to reach its true potential, sponsorship is paramount. The Paddleball Family Alliance shares all these beliefs and making them a reality is what the PFA is all about.

Does Jasmine have other interests she would like to share? We got her to reveal that she loves Star Wars, the WWE, is an avid reader and, “my life is basically on social media, LOL.” She also does weight-training, has started playing squash and she loves cheesecake in “all forms and varieties.” Her all-time sports hero is Serena Williams, the GOAT! And Jasmine has a secret talent, so secret she wouldn’t tell us what it is. I guess you’ll have to ask her, but then if she tells, it won’t be a secret!

Keep up the great work Jasmine, the ladies and the game need you!